The team was inspired by sustainable practices used in the past by agricultural workers in the Alentejo region.
8 june 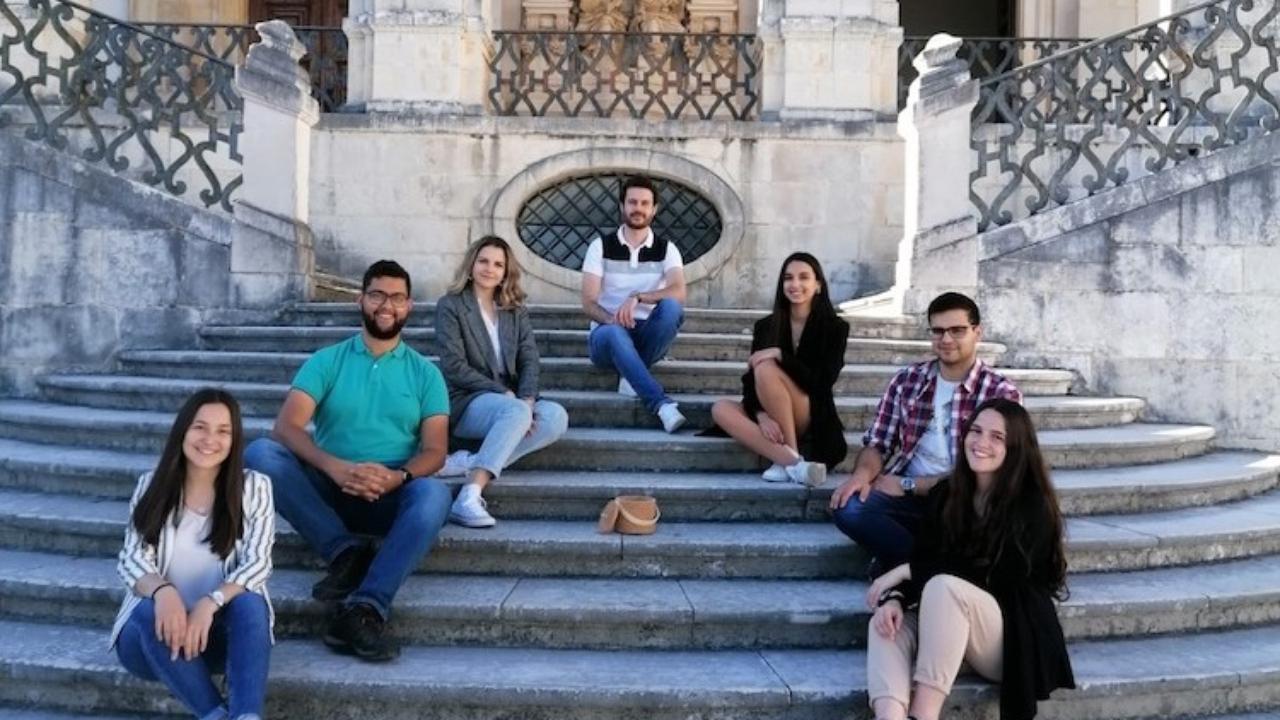 A group of students from the University of Coimbra (UC) has developed an ecological lunchbox - The Cork Food Box - made of cork and a biopolymer (bioplastic) in collaboration with Amorim Cork Composites, a company of the Amorim group, world leader in the cork industry.

The project began to take shape in early 2020, following a challenge by João d' Orey, invited professor of the Management and Entrepreneurship course of the Integrated Master's Degree in Chemical Engineering at the Faculty of Science and Technology of the University of Coimbra (FCTUC). The idea, he says, was for students to be able to create "a sustainable business model focused on circular economy. More specifically, that they could develop an innovative long-lasting product that would allow reducing the use of plastics and other single-use materials, and that had a positive impact throughout its life cycle".

Students Alexandre Jorge, Ana Silva, Cindi Costa, Francisco Brandão, Margarida Oliveira, Raquel Caracitas and Rodrigo Moreira formed a team and went ahead with the project, which they called R8- the cork food box. The choice of using cork "made perfect sense, since it is a 100% natural and endogenous product from Portugal, which is the world's largest cork producer", say the students. In addition, they point out, "cork polymer composites can be customised and moulded according to the client's needs, they are light and extraordinarily resistant".

To create The Cork Food Box, the team was inspired by sustainable practices used in the past "by agricultural workers in the Alentejo region, who took a cork food box called "Tarro" to the fields", they explain.

This lunchbox integrates a set of containers of different sizes for transport and consumption of food, drinks and coffee, and is therefore a "multipurpose concept that makes the lunchbox suitable for daily use, take-away services and events", say the students.

A differentiating aspect of the project, according to the team, is the fact that at the end of its life cycle "the containers are delivered and reused as raw material in the production of flooring, thus reducing the environmental impact of the business itself".

Although the business model is already structured and there are already some prototypes, until it reaches the market, the project still has some phases ahead of it, since, as João d' Orey explains, "we have to guarantee that the product obeys certain technical characteristics, such as, for example, being able to be washed in the dishwasher, to be able to be used in the microwave, and to obtain certification for food use, whose process is already underway, that is, we are in the final design phase of the product". However, the professor believes that this ecological lunch box could be on the commercial circuit within a year.

A Startup will be created at the University of Coimbra in order to establish partnerships at various levels. In a first moment, the partnerships will focus on the production of the product and on large distribution. Then, in a second phase, the authors of the project intend to sign consortiums with restaurants and organizations of major events, such as festivals and student parties, like the "Queima das Fitas".

After being one of the 12 projects selected in the international semi-final, the "R8 - the Cork food box" will compete in November, in the final of the "Urban Innovation and Entrepreneurship Competition", which will take place in Australia. This competition, aimed at university students, is promoted by the Alliance of Guangzhou International Sister City Universities (GISU), of which the UC is one of the founding members.