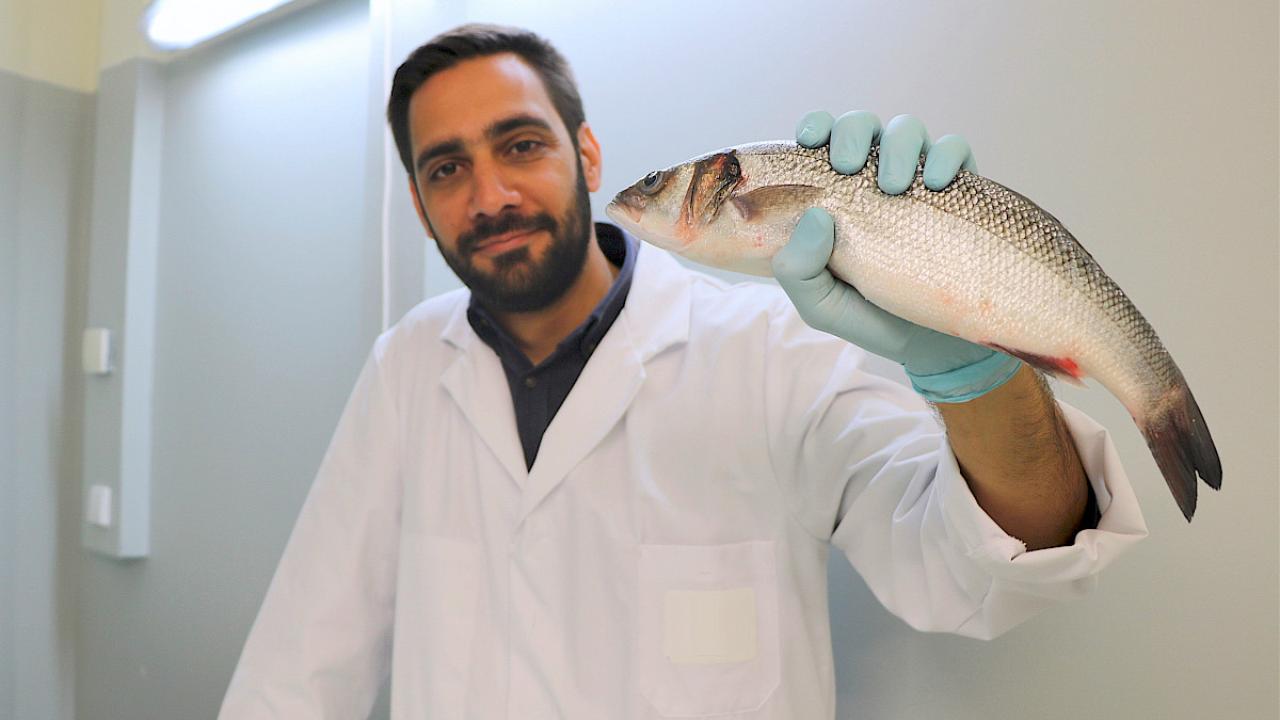 A team of Portuguese and French researchers, led by Ivan Viegas, from the Centre for Functional Ecology of the Faculty of Science and Technology of the University of Coimbra (FCTUC), has successfully tested a new diet for aquaculture fish, using glycerol as an alternative ingredient, which may help to solve one of the major challenges of this business area.

Currently, the feed marketed is too expensive and often not sustainable, as it is produced from ingredients of animal origin. Therefore, as Ivan Viegas explains, it is urgent to find "alternative ingredients whose nutritional and energy content, but also their ecological footprint, guarantee a more profitable, safe and sustainable production, resulting in a nutritious end product. In this context, the development of feed for aquaculture should focus on the use of by-products from other industries, based on the reuse of nutrients, in accordance with the circular economy principle.

Besides the University of Coimbra, the project includes researchers from the Interdisciplinary Centre for Marine and Environmental Research (CIIMAR) and the French National Research Institute for Agriculture, Food and Environment (INRAE).

The team focused on glycerol, "a by-product of the biodiesel industry whose increasing global production has led to glycerol becoming an abundant, available and certified safe ingredient for use in animal feed by European food safety authorities. With the fuel crisis looming, biodiesel production can even be expected to increase. It is therefore urgent to find uses for its by-products," says the coordinator of the study.

"Glycerol is a molecule that is structural for humans, present for example in triglycerides. It has been used successfully as an alternative ingredient for pig and poultry farming, however, its potential as an ingredient in aquaculture fish feed has remained unexplored," he adds.

In order to evaluate the reliability, performance and limitations in the use of glycerol supplemented feeds, as well as their effects, two important farmed fish species in Portugal, rainbow trout and sea bass, were tested.

The experimental diets prepared by the scientists, supplemented with 2.5% and 5% glycerol, were efficiently digested by both species. The various analyses carried out led to the conclusion that "the growth performance [of the fish] may be affected at the highest percentage, however, an intermediate supplementation up to 2.5% does not substantially alter the performance and efficiency in the metabolic use and nutritional profile of the fillet", stresses Ivan Viegas.

According to the UC researcher, this means "that there is the possibility of incorporating glycerol in the diet of these species". Furthermore, he stresses, "we analysed the liver of the species tested, the main organ regulating all the "metabolic machinery", and, with the help of our partners from INRAE in France, we found that there were no alterations in the enzymatic regulation of the hepatic metabolism of these fish by glycerol".

The study, funded by the Portuguese Foundation for Science and Technology (FCT), was developed during the last four years and resulted in several scientific publications, the last one in the journal "Frontiers in Marine Science", in the issue dedicated to the topic "Feeding a Sustainable Blue Revolution: The Physiological Consequences of Novel Ingredients on Farmed Fish" (https://www.frontiersin.org/research-topics/19059/feeding-a-sustainable-blue-revolution-the-physiological-consequences-of-novel-ingredients-on-farmed).

The article, divided into two parts with the title “On the utilization of dietary glycerol in carnivorous fish”, is available at: https://www.frontiersin.org/articles/10.3389/fmars.2022.836610/abstract (part 1) and: