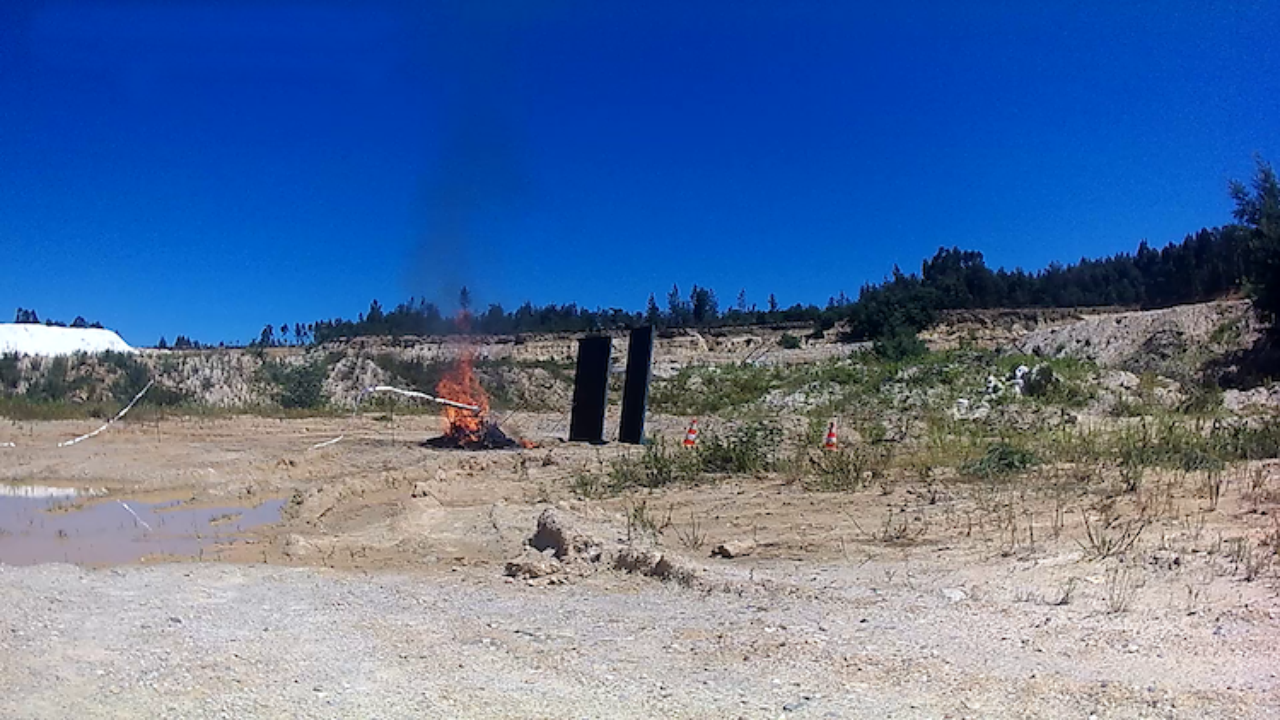 Three types of gas bottles were tested, with and without safety systems, for gas release by increasing the pressure or temperature inside the cylinder. Two of the cylinders were metallic and one was made of polymeric material. Each of the bottles was equipped with pressure and temperature sensors connected to image and data recording systems, placed remotely, and subjected to a fire outbreak under conditions typically observed in fires near houses.

In two cases, explains Domingos Xavier Viegas, responsible for the ADAI laboratory and coordinator of the project, "the protection systems worked as expected and there was gas release without explosion of the bottle. It should be noted that the release of the gas produced for some time a jet of high intensity flame, more than six meters long, which in case of fire in the vicinity of a dwelling or vegetation, could have significant destructive effects".

"The potentially most serious case, however, occurred in a bottle which, as it did not have a protective device, which could limit the increase in pressure in the cylinder, exploded with great violence. It produced a fireball more than seven metres high and the projection of two metal parts of the bottle more than a hundred metres away, fully justifying the safety measures adopted by the team during the tests," reports the scientist.

The results of these tests are now being analysed by the ADAI team, but, according to Thiago Fernandes Barbosa, project researcher, the observations made "confirm the danger that had been previously identified, associated with the presence of this type of gas containers inside or near houses exposed to the danger of forest fires. The lessons learned will be incorporated into the training that ADAI provides to civil protection agents and citizens, in order to contribute to their safety".

The study is part of the European project "FirEUrisk - Developing a Holistic, Risk-Wise Strategy for European Wildfire Management".

FirEUrisk, which is currently the largest European scientific research project on the topic of wildfires, of the Horizon 2020 programme, began last April and will last for four years. It involves about 40 entities and is coordinated by ADAI. This project is studying the problem of population safety when affected by extremely violent fires, such as those which have occurred with increasing frequency in recent years.