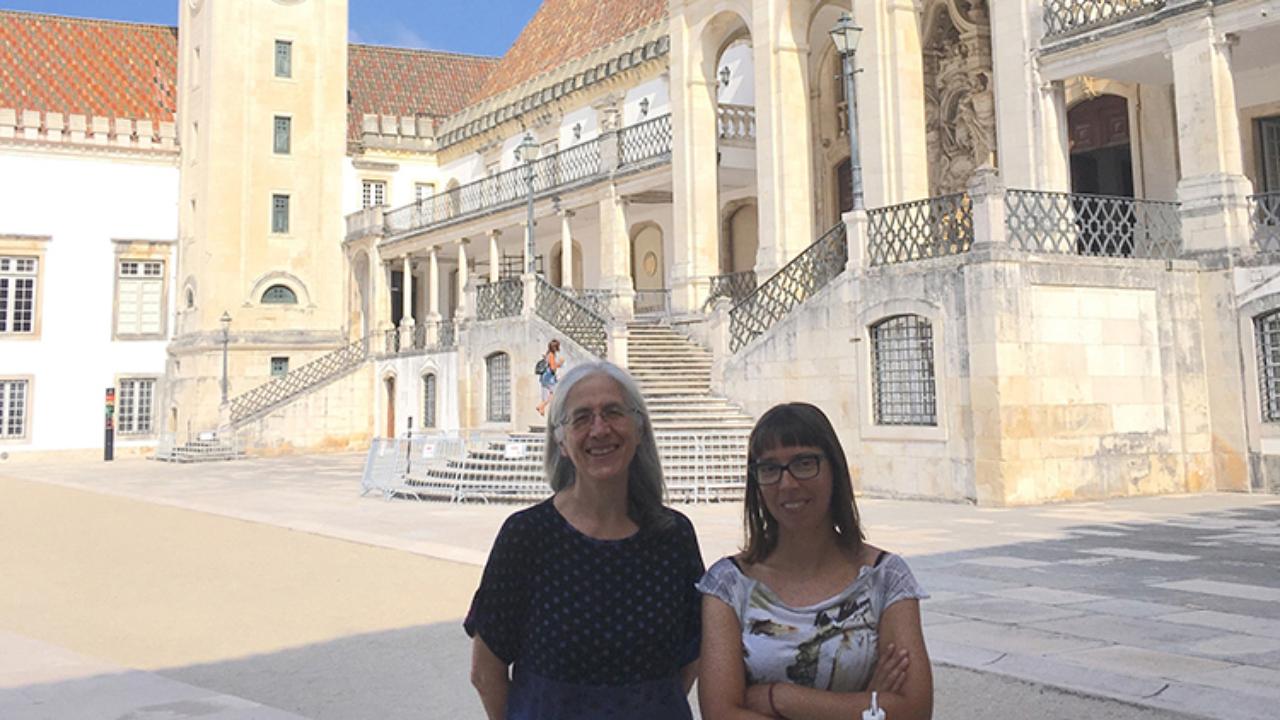 A team of scientists from the Physics Centre of the Faculty of Science and Technology of the University of Coimbra (FCTUC) and the University of Caen, in Normandy, France, determined the properties of matter created in the laboratory with characteristics similar to those of the matter that is formed in supernovae or in the fusion of neutron stars.

The experiment took place in the GANIL laboratory (Grand Accélérateur National d'Ions Lourds) in the scope of the INDRA cooperation, which made possible to create matter similar to the one that appears in this type of very explosive events from the collision of a tin core against a xenon core. This type of experiments helps to better understand the conditions under which supernovae are generated and evolved, and the fusion of neutron stars.

The results of the study were already published in “Physical Review Letters”, a journal of the American Physical Society. According to Constança Providência and Helana Pais, from the FCTUC Physics Centre “it allow us to know how the medium is formed in events such as supernovae or the fusion of neutron stars, and to determine how the energy is transferred between the different constituents, namely the energy deposited in the star by neutrinos before they escape into the universe. In the fusion of neutron stars, this knowledge can show how much material is expelled and observed in the form of a kilonova”.

Helena Pais was responsible for the analysis of the experimental data that determined the interactions that occur in the matter resulting from this type of events, and under which conditions there are still small aggregates before the matter becomes homogeneous, due to the increase in density, since “at low densities, matter is not homogeneous, and its properties determine the evolution of a supernova or of the fusion of two stars”, explains the researcher.

For a correct interpretation of the results, the theoretical model previously developed by Constança Providência and Helena Pais was also essential.

Neutron stars are one of the most compact objects in the Universe, along with black holes. Although they have a mass comparable to that of the Sun, between one to two solar masses, their radius does not extend beyond 15 km, much less than the Sun's radius, with around 700 000 km. We can imagine these stars as if they were a giant atomic nucleus.

Neutron stars arise in very explosive events - supernovae. “This type of event releases more energy in a few days than the sun in your entire life! Currently, it is also thought that the formation of the heaviest elements that we know, including precious metals, such as gold and platinum, could happen when two neutron stars collide ", explain the researchers. They add that “to describe any of these events it is necessary to know how stellar matter behaves, from very low densities to densities about several times the density of matter in the centre of an atomic nucleus”.

These stars, which are essentially made up of neutrons, also contain another type of particles inside. “In addition to protons and electrons which, together with neutrons, make up atoms, which are nothing more than the building blocks of terrestrial matter. It is also believed that several other types of particles, and possibly new states of matter, some that can be created and studied in particle accelerators, can exist inside these compact objects”, explain Helena Pais and Constança Providência.

“Hyperons (particles similar to nucleons but containing strange quarks), Bose-Einstein condensates from pions or kaons (a special type of bosonic matter), and quarks matter are some examples. Cold quarks, which are not accessible in the laboratory, can also exist inside these stars in different phases, each phase with unique properties. It is for this reason that nuclear and particle physicists are so interested in studying neutron stars. Furthermore, as these objects are very compact, they are also great laboratories to test the theory of general relativity”, they note.

The study was funded by the Portuguese Foundation for Science and Technology (FCT) and the COST PHAROS Action. Researcher Helena Pais was received funding from LPC - University of Caen, where she went on a mission to analyse the data.