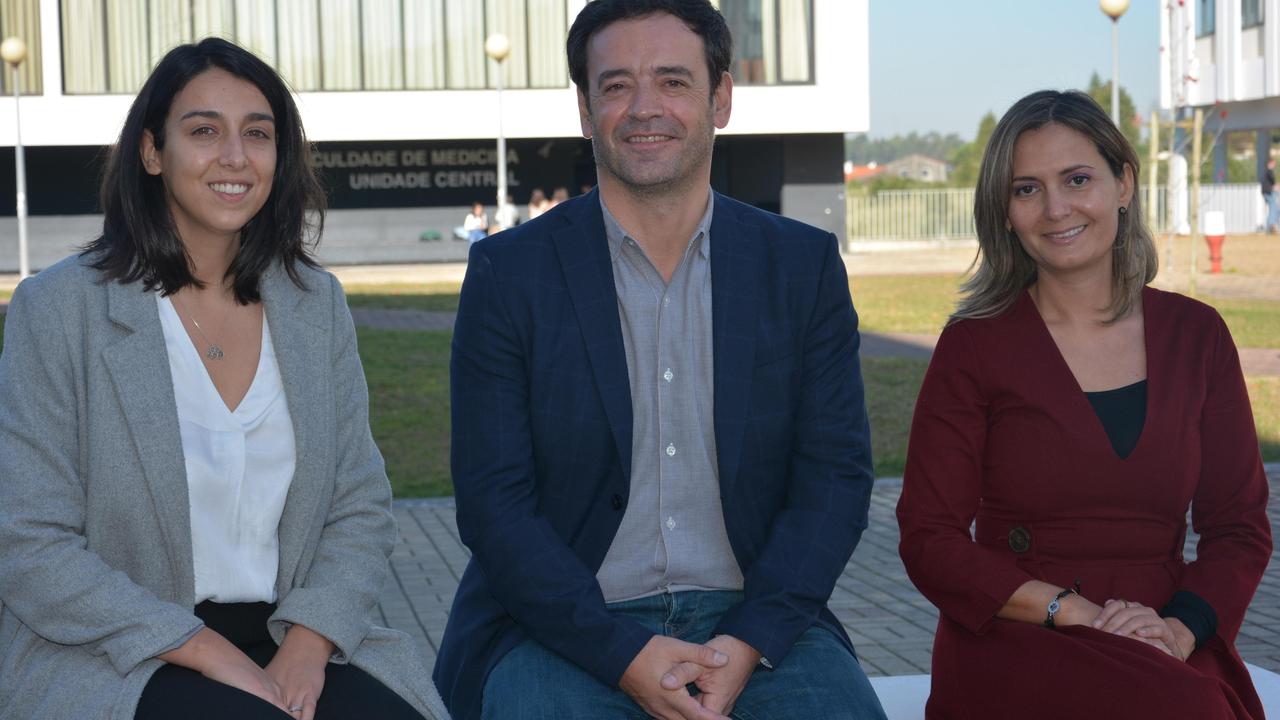 An innovative technology developed by a research team of the University of Coimbra allows to replace the forced oral administration of drugs in animal experiments - thus contributing for the well-being of the animal tested in laboratories – has been distinguished in Europe.

The technology, which is waiting for a patent and has been developed in the scope of the research project "HaPILLness - Voluntary oral dosing in rodents", replaces gavage, an invasive method that consists of administering drugs or other substances to animals through a tube inserted into the stomach, causing pain and stress.

The project was carried out over the last three years at the Coimbra Institute for Clinical and Biomedical Research (iCBR) of the Faculty of Medicine of the University of Coimbra (FMUC), in collaboration with the Coimbra School of Health Technology (ESTeSC/IPC), by researchers Sofia Viana (lead researcher), Flávio Reis (co-lead researcher) and Inês Preguiça (PhD student at FMUC).

The solution developed, already tested in rats and mice, the two most used lab animal models, overcomes the current limitations associated with gavage. The researchers have created semi-solid matrices (a kind of gum) capable of incorporating the drugs being tested, which the animals ingest voluntarily.

According to the project coordinator, Sofia Viana, this new technology has two major advantages. On the one hand, "it is a stress-free technology, which means that it minimises the bias of the experimental results due to the effect of stress caused in the animals. The other great advantage is the fact that it is a metabolically inert solution, i.e., it can be used in a very wide range of experiments, such as, for example, in metabolic diseases, central nervous system diseases and gastrointestinal diseases, among others".

Experiments conducted with the two animal models show the effectiveness of the technology, as the researchers report. "It works perfectly well in mice and rats. We have already tested the technology with a wide range of molecules, from oral antidiabetics to antidepressants and anti-inflammatory drugs."

The controversy surrounding animal testing is long-standing and the pressure to end its use is increasing all over the world. While it is not yet possible to completely eliminate animal testing, the scientific community is working on the development of technologies that increase animal welfare, under the principle of the three Rs: Reduction, Refinement and Replacement, provided for in European Union legislation.

"As it is not possible to eradicate tests on animals, the alternative is to adopt procedures that increase their well-being, which is reflected in the improvement of the quality and replication of studies' results, which is very important. An experiment conducted under conditions that minimise animal suffering and enhance animal welfare necessarily translates into more reliable results with greater potential for transfer to humans," Sofia Viana and Flávio Reis say.

They add that this technology allows oral testing of active substances on animals to be carried out in a "much more friendly way. It is a technology that drastically reduces the handling of animals and even allows them to remain in a favourable social environment, cohabiting with one or more companions in the same space, without this interfering with the voluntary and precise acceptance of matrixes with the active principles being tested".

The next phase of the research, which is part of Inês Preguiça's PhD project, is to validate the technology in disease models, "namely metabolic, degenerative (central nervous system) and gastrointestinal diseases". Thus, the team is now looking for partnerships.