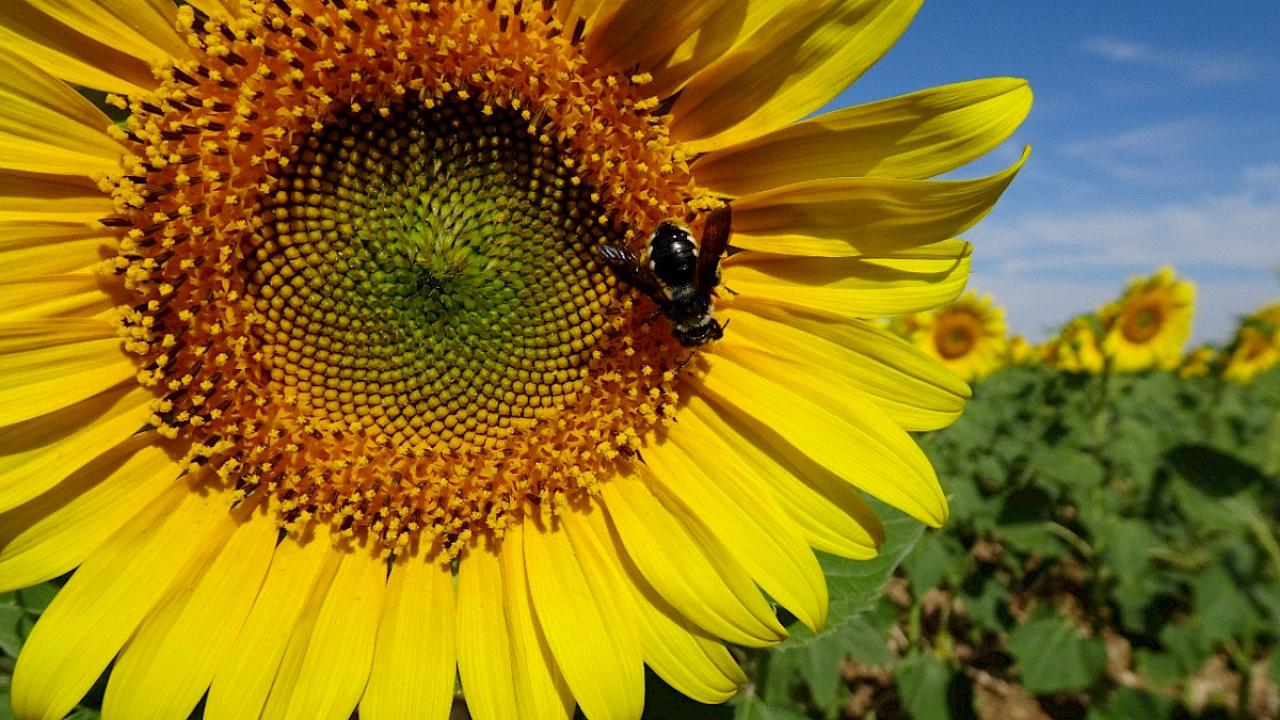 Five researchers from the Centre for Functional Ecology of the University of Coimbra (UC) have participated in the creation of the first global, open and dynamic database on crop pollination, an international project that brings together over a hundred scientists.

The database, called CropPol, is coordinated by two researchers from the Doñana Biological Station – EBD-CSIC, and includes information about 48 crops distributed throughout 3,000 places of five continents and 32 countries along three decades. It will allow to understand how the relevance of pollinators changes according to the culture and region studied. It will also enable the identification of cultures and religions for which there are not enough data, promoting the collection of information to fill these knowledge gaps.

It is known that 75% of the world's agricultural crops are wholly or partly dependent on pollinators for food production. However, despite great progress in knowledge about the effects of pollinators on agricultural productivity, the ability to predict visitation rates and productivity is still limited due to the large variation observed between crops, years and regions. Thus, CropPol was created to compile the crop pollination data available from scientific studies published worldwide and thereby aggregate knowledge and help predict pollination.

According to Sílvia Castro, researcher at the Centre for Functional Ecology of the UC, "this database offers researchers a unique opportunity to explore global patterns and trends and work on solutions for sustainable management and enhancement of biodiversity".

To disseminate the database, built as part of the OBServ project, funded by the Belmont Forum 2017-2018 and BiodivERsA, the international team worked on a scientific paper, published in the renowned journal "Ecology". The data collected at CropPol will be used to predict the level of pollination expected in different crops around the world. "Quantifying pollinators and their services is very time consuming and can only be done for a small number of crop fields. If we can use a set of easy-to-measure variables, such as the amount of natural habitat or rainfall to predict pollination levels, it will be a major advance," explains Alfonso Allen-Perkins, lead author of the article.