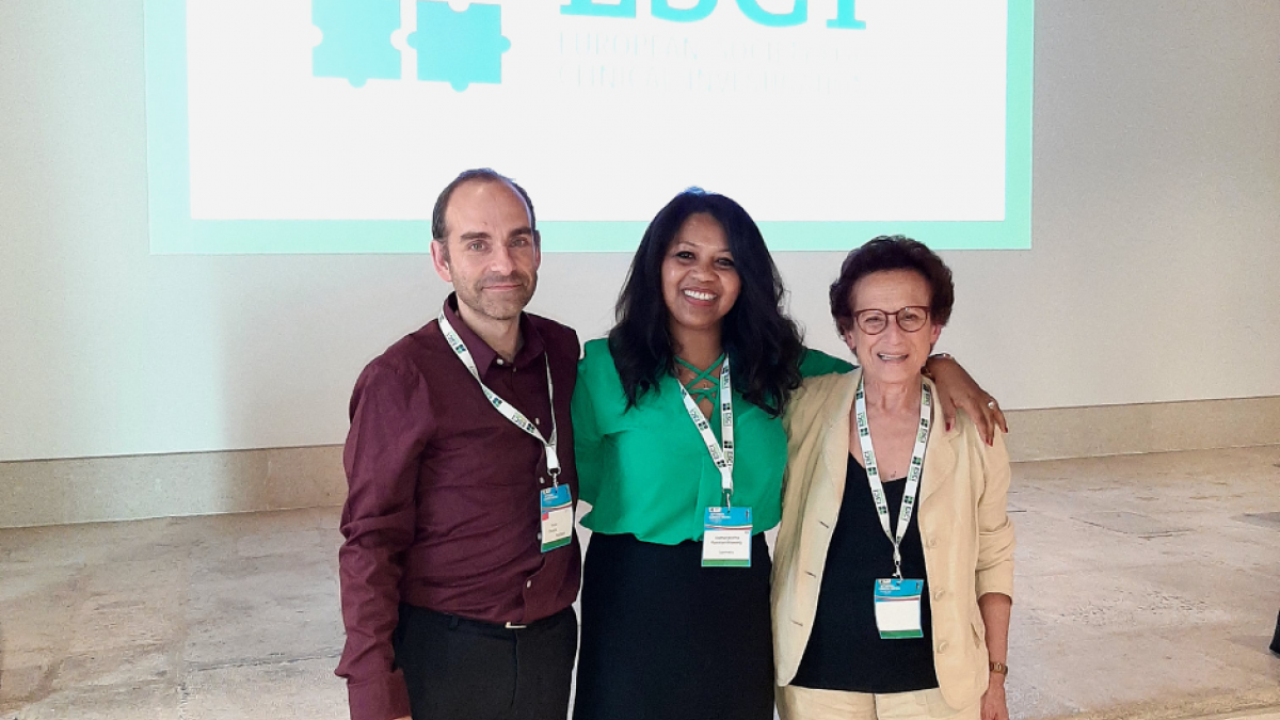 Catarina Resende de Oliveira, Emeritus Professor of the Faculty of Medicine of the University of Coimbra (FMUC) and principal investigator at the Centre for Neuroscience and Cell Biology of the UC (CNC-UC), was recently distinguished by the European Society for Clinical Investigation (ESCI) with the Albert Struyvenberg Medal, the highest decoration awarded by this scientific society.

The award was delivered during the last scientific meeting of ESCI, which took place last week in the city of Bari, Italy. The European Society for Clinical Investigation attributed this distinction for the crucial role played by Catarina Resende de Oliveira in fundamental and clinical research in Neurology, as well as her role in training young researchers.

The current president of the ESCI, Voahanginirina Randriamboavonjy, highlighted in her tribute speech "the intense scientific activity of Professor Catarina, in addition to the constant search for bringing science to the population and the fact that she has trained scientists who are now recognised as top world scientists".

The 56th Annual Congress of the European Society for Clinical Investigation also awarded prizes to young scientists from the Centre for Neuroscience and Cell Biology of the University of Coimbra, as a recognition of their oral and poster presentations.

The 2022 ESCI meeting also marked the end of the mandate of Paulo Oliveira, principal investigator and vice-president of CNC-UC, the first Portuguese president of the European Society for Clinical Investigation.

The European Society for Clinical Investigation is a scientific society based in Utrecht, the Netherlands, established in 1967 with the mission of building bridges between fundamental and clinical research. It organises an annual congress in different cities in Europe and supports young researchers and clinicians.