Climate and human adaptation during the last Glacial Period in the Côa Valley region (Portugal).

Reason:
﻿
﻿To implement five Mining/Geology degrees with a focus on Local Economic Development. The target countries are: Cape Verde, Angola and Mozambique. The EU Partners are the Universities of Coimbra, Salamanca and Turin and a Research Centre (CES, PT). Scientific objectives: (i) Increase the understanding of the geoscientific factors affecting the global environment in order to improve human living conditions; (ii) Develop more effective methods to find and sustainably exploit natural resources of minerals, energy and groundwater (ii) Increase the understanding of geological processes and concepts of global importance, including an emphasis on socially relevant issues, (iii) Improve standards, methods and techniques of carrying out geological research. It follows the recommendations from the AU Agenda 2063 and the UN-SDGoals: (1), (4), (5), (6), (7) and (17).
﻿
﻿Outputs:
﻿
﻿Three BSc courses (Geology, Geological Engineering and Mining Engineering), one MSc (Geology) and one PhD (Geology) involving the training of at least 40 teachers and 250 students in two years of ongoing courses. Bibliographic materials will be prepared and a several online courses supplied. The courses will be aligned with the Bologna recommendations.
﻿
﻿Impact:
﻿
﻿To address the huge gap in terms of the requisite infrastructure and critical human resources at all levels to fully realize the potential benefits that would accrue from the sustainable use of mineral resources and to assure local benefits by tackling the root causes of poverty, levering inclusive growth and development and seeking to secure sustainable financing. To facilitate communication and exchange among scientists by bringing together complementary interests so as to improve standards, methods and techniques for carrying out geoscience research, including the transfer of fundamental and applied knowledge between collaborating partners. The partnership brings a new attitude regarding the exploitation of natural resources in Africa.

The SURGE.CPLP project was approved under the Strategic Cooperation Programs of Instituto Camões. It comprises a set of activities aimed at supporting the implementation and harmonization of globally competitive higher education programs in the field of Geosciences. The project promotes the reorganization and creation of new curricula and the training of teachers and students, contributing to the improvement of environmental conditions, sustainable management of natural resources and local development in the target countries. The institutions involved are the DCT-FCTUC, with the Project Coordinator (Prof. Nelson Rodrigues), the National University of Timor-Leste, the University of Lúrio (Mozambique) and the Katyavala Bwila University (Angola) as beneficiary partner institutions.

The Geosciences Schools Group continues the cooperation agreement between Higher Education Institutions of the Member Countries of the Community of Portuguese-Speaking Countries with regard to “(…) cooperation between higher education institutions through activities to support education and culture , scientific and technological research and development”.

It aims to consolidate the global relevance of Geosciences as a fundamental pillar for the knowledge society, for the valorization of resources and geodiversity, as well as for the creation of technologically developed and sustainable solutions. 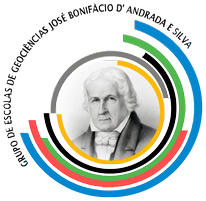 Born on June 13, 1763, in the city of Santos, São Paulo, he concluded his first studies in this city, at the age of 14, moving to São Paulo to continue his studies.

He continued his studies in S. Paulo until 1783, when the lack of a Brazilian University led him to leave for Portugal, joining the University of Coimbra, in the course of legal studies and a year later in the courses of mathematics and natural philosophy. . It was at this time that he began to write poetry, and that he began to move for causes, namely against human trafficking and slavery.

He returned to Brazil in 1819, taking with him ideals of freedom, proposing the abolition of slavery. At this point, he received an invitation as an assistant to the minister, having declined, and returned to his hometown, where his brother was Director of Mines and Forests of the Captaincy of São Paulo.His vocation for scientific activity manifested itself early, with his interest turned to mining exploration, having finished the course in Natural Philosophy in 1787, and the following year the course in law. He was admitted to the Lisbon Academy of Sciences in 1789, starting, a year later, a journey through Europe to improve his knowledge of mineralogy and philosophy and natural history. He was in Paris studying Chemistry and Mineralogy during the beginning of the French Revolution, having been elected a member of the Philomatic Society of Paris and a member of the Society of Natural History. He attended the School of Mines in Freiberg, Saxony, in 1792, having also studied steel. It was in Sweden and Norway, in 1796, that he took his biggest step as scientists, having characterized four new mineral species and eight varieties of already known species. His voyage ends in 1800, with his return to Portugal, and it was in the following year, on May 18, 1801, that he became responsible for the chair of “Geology and Mines”, a chair created specifically for him, and which would be the first Chair of Geosciences taught in Portuguese. It was also at the same time that he was appointed intendant-general of Minas e Metais do Reino and administrator of the old coal mines of Buarcos, among other important positions in Portugal, even being appointed perpetual secretary of the Royal Academy in 1812.

In 1821, he began his political career in Brazil, after the announcement of the constitutional regime in Brazil by the then Governor, João Carlos Augusto de Oyenhausen-Gravenburg.

In 1822, D. Pedro appoints José Bonifácio d’Andrada e Silva, Minister and Secretary of State for the Kingdom’s Affairs, having headed the government during the Prince Regent’s absence during a trip to Minas Gerais. At the time of the new government, he was appointed Minister of the Interior and Foreign Affairs, until he was replaced on October 28, 1822 and reinstated eight days later as Minister of the Empire, ending up being dismissed by the Emperor on July 15, 1923, but never having withdrawn from the political affairs of Brazil.

On November 12, 1823, José Bonifácio d’Andrada e Silva was arrested after the emperor had forced a coup to dissolve the Assembly, and he was forced into exile. Residing between 1824 and 1828 in Talence, near Bordeaux, he devoted himself again to poetry, publishing the work “Poesias Avulsas de Américo Elísio”, in 1825. In 1829, he was allowed to return to Brazil, after his acquittal. and freedom achieved in the previous year.

Despite the disagreements of recent years, D. Pedro ended up appointing José Bonifácio d’Andrada e Silva, at the time 68 years old, tutor of his son D. Pedro II. Due to the government's suspicions of José Bonifácio's involvement in armed uprisings, he was again arrested at home. At this point, he abandons political life and spends the rest of his life in seclusion.

In spite of his illustrious career, he did not have great material possessions, however, and in a very characteristic way, a library with more than six thousand volumes stood out.