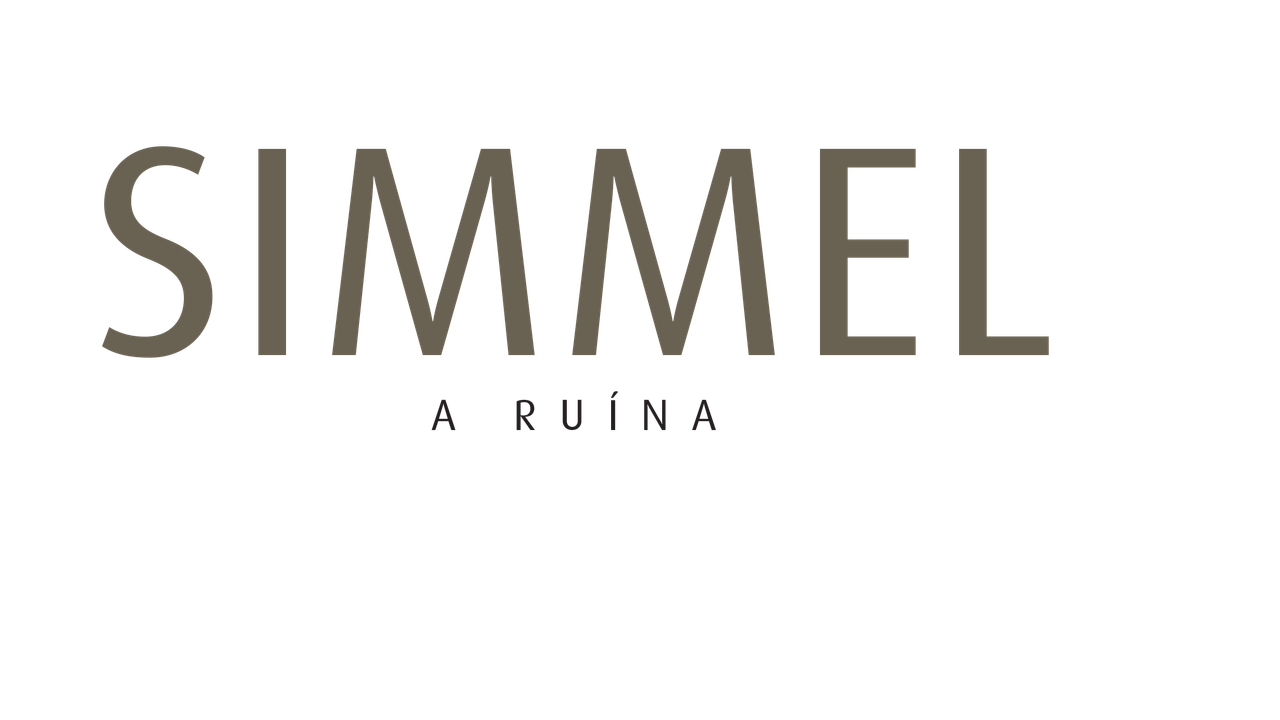 The online version of the book Simmel: The Ruin, organized by Carlos Fortuna and translated by A. Sousa Ribeiro, is published from the original German. The book, which is awaiting paper editing, is available at https://www.academia.edu/40924225/Georg_Simmel_A_RU%C3%8DNA_Organiza%20

The emergence of this Portuguese edition of The Ruin of Georg Simmel (Berlin, 1858 - Strasbourg, 1918), originally published in 1911, is a modest tribute to the author on the centenary of his death. Simmel was an eclectic thinker who watched the evolution of Germany and Europe of his time with a detached and pluralistic spirit that makes it difficult to confine his work to conventional disciplinary and academic classifications. Philosophy, sociology, politics, the arts and economics are the main fields by which the broad list of their reflections is divided. With the exception of The Philosophy of Money and Sociology, Simmel's writings are fragmentary, appearing in publications of wide non-academic circulation (newspapers, magazines, and other non-serial publications).