Activity of AAE FEUC – Association of Former Students of FEUC on September 28th. 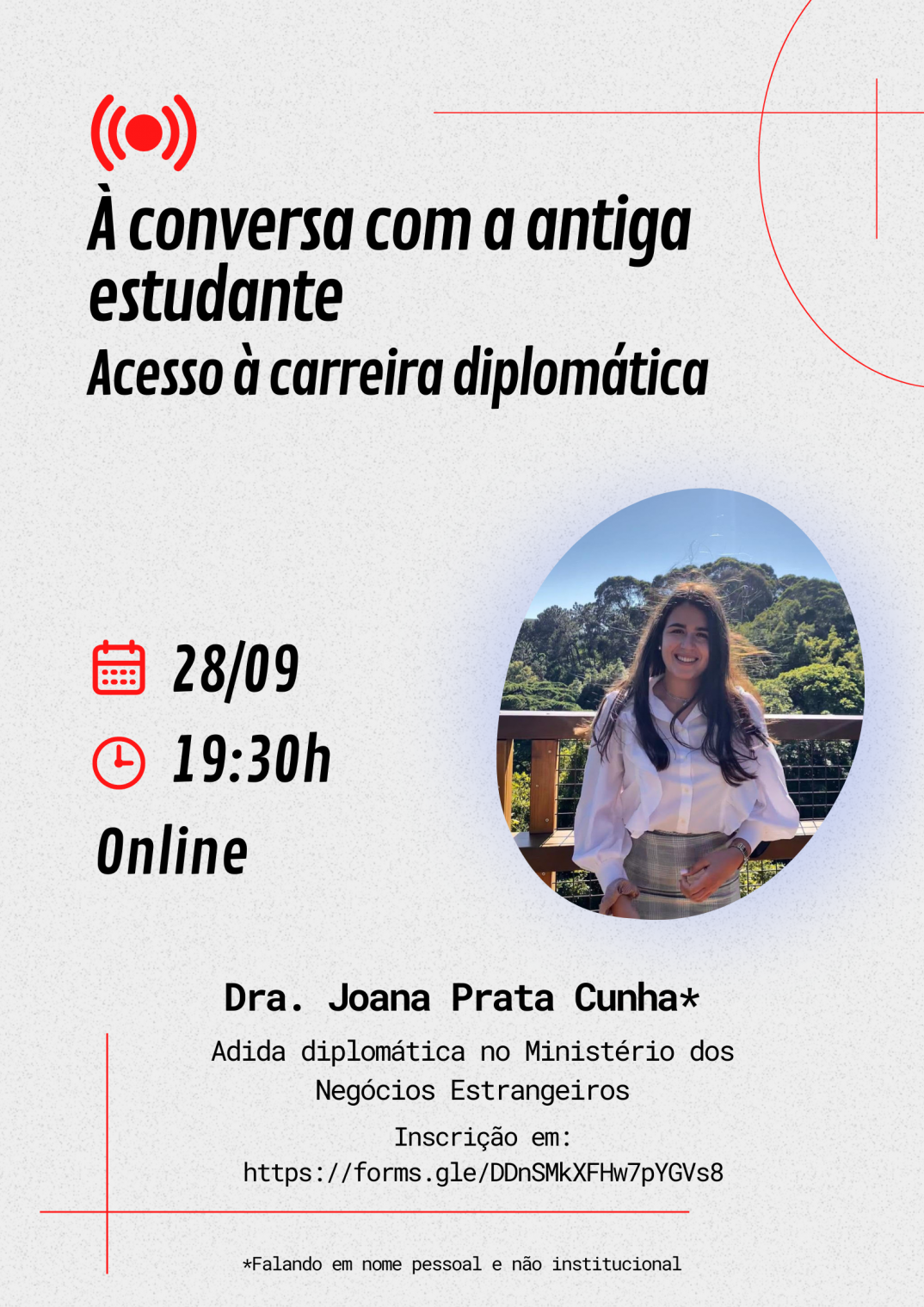 On the 28th of September, at 7:30 pm, in online mode, the AAEFEUC - Association of Former Students of FEUC will hold another edition of the rubric "Conversation with the former student".
The guest is Joana Prata Cunha, a former student of international relations at FEUC and diplomatic attaché at the Ministry of Foreign Affairs.
Joana will speak, in her personal name, about her experience in accessing the diplomatic career, and will be able to answer any questions from the participants.

The session is open to former and current students.

To participate simply fill out the following form: https://forms.gle/DDnSMkXFHw7pYGVs8

see agenda
29.11.2022
Presentation of the study on Participatory Budgeting for Schools in Portugal
30.11.2022
XII Portuguese Congress of Sociology | Abstract submission until November 30, 2022
30.11.2022
DeCodeM | (De)Coding Masculinities: Towards an enhanced understanding of media’s role in shaping perceptions of masculinities in Portugal
30.11.2022
Digitality on the Divan: Needs vs. Regulation Possibilities
This uses cookies that do not gather any personal information whatsoever. By using this website, you agree with the cookie policy.
OK, I ACCEPT