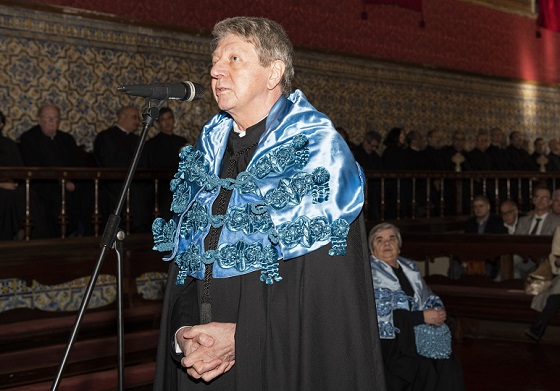 Born in Poland, but living in the United States for decades, Krzysztof Matyjaszewski, 68, works at Carnegie Mellon University since 1985 - having held positions as director of the Department of Chemistry, director of the Controlled Radical Polymerization Consortium and director of the Macromolecular Engineering Centre of the institution. Coauthor of more than 1,000 scientific articles, which originated over 127,000 citations, he is one of the most cited chemists in the world.

Full video of the Ceremony: