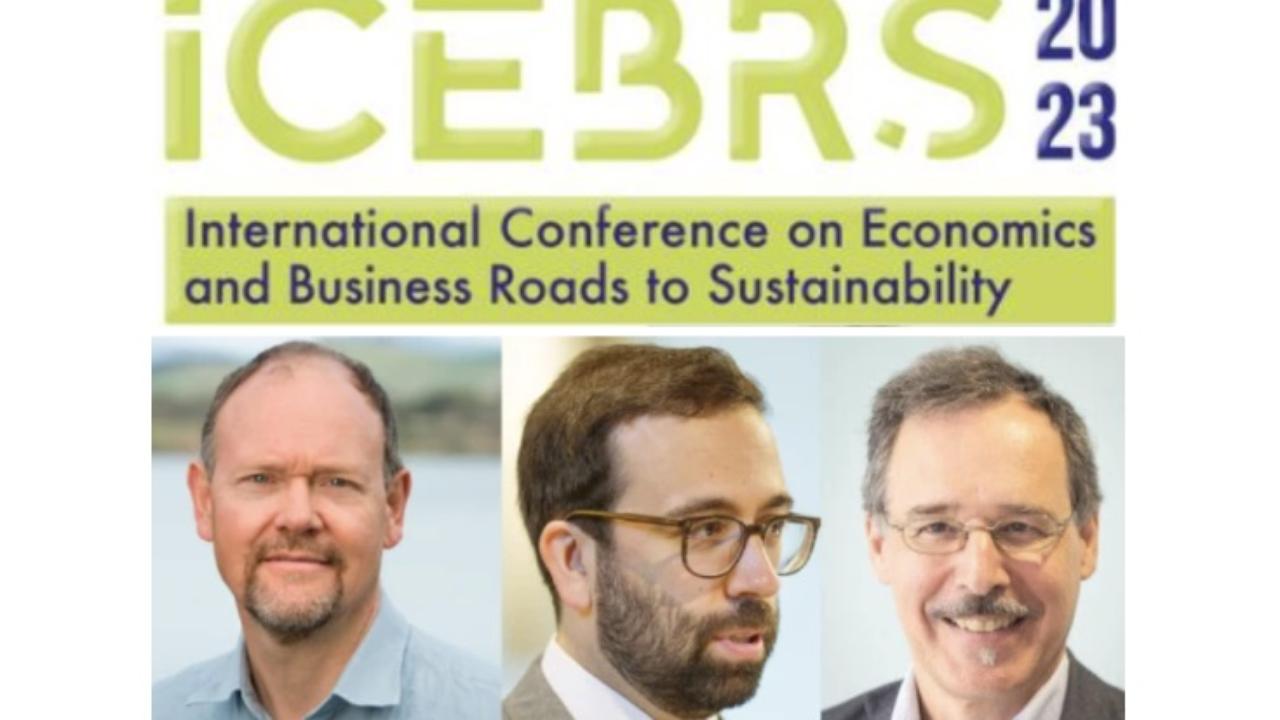 The International Conference on Economics and Business Roads to Sustainability (ICEBRS) will be held at the Faculty of Economics of the University of Coimbra (FEUC), on June 29th to July 1st 2023.

This conference aims to discuss how sustainability is intertwined with the transformations of business, economies and society at large.

All participants are invited to debate solutions for the challenges that consumers, organizations or economies must face to not compromise the sustainable development of the world.

This event  is part of the FEUC’s 50th anniversary program.

For further information please consult the website on: https://www.uc.pt/feuc/icebrs-2023/

Ricardo Reis is the A.W. Phillips Professor of Economics at the London School of Economics. Recent honors include the 2022 Carl Menger prize, the 2021 Yrjo Jahnsson medal, election for the Econometric Society in 2019, the 2017 BdF/TSE junior prize, and the 2016 Bernacer prize. Professor Reis is an academic consultant at the Bank of England, the Riksbank, and the Federal Reserve Bank of Richmond, he directs the Centre for Macroeconomics in the UK, and he serves on the council or as an advisor of multiple organizations, namely for the Government of Portugal and Public and Private Foundations. He has published widely on macroeconomics, including both monetary and fiscal policy, inflation and business cycles. Professor Reis received his PhD from Harvard University, and was previously on the faculty at Columbia University and Princeton University. He became one of the youngest full professors at Columbia University, at age of 29.

Quentin Grafton is Professor of Economics and Chairholder UNESCO Chair in Water Economics and Transboundary Water Governance. He is an Australian Laureate Fellow, a Fellow of the Academy of Social Sciences in Australia and a former President (2017-18) of the Australasian Agricultural and Resource Economics Society. In 2022, he was appointed a Lead Expert and Commissioner of the Global Commission on the Economics of Water that will report to the UN 2023 Water Conference. Professor Grafton is the recipient of several awards including the Eureka Science Prize for Water Research and Innovation. He previously served as Chief Economist and Foundation Executive Director of the Australian Bureau of Resources and Energy Economics and Executive Director of the Australian National Institute for Public Policy. He is the Convenor of the Water Justice Hub, the Editor of the Global Water Forum, and he serves as the Director of the Food, Energy, Environment and Water (FE2W) Network.