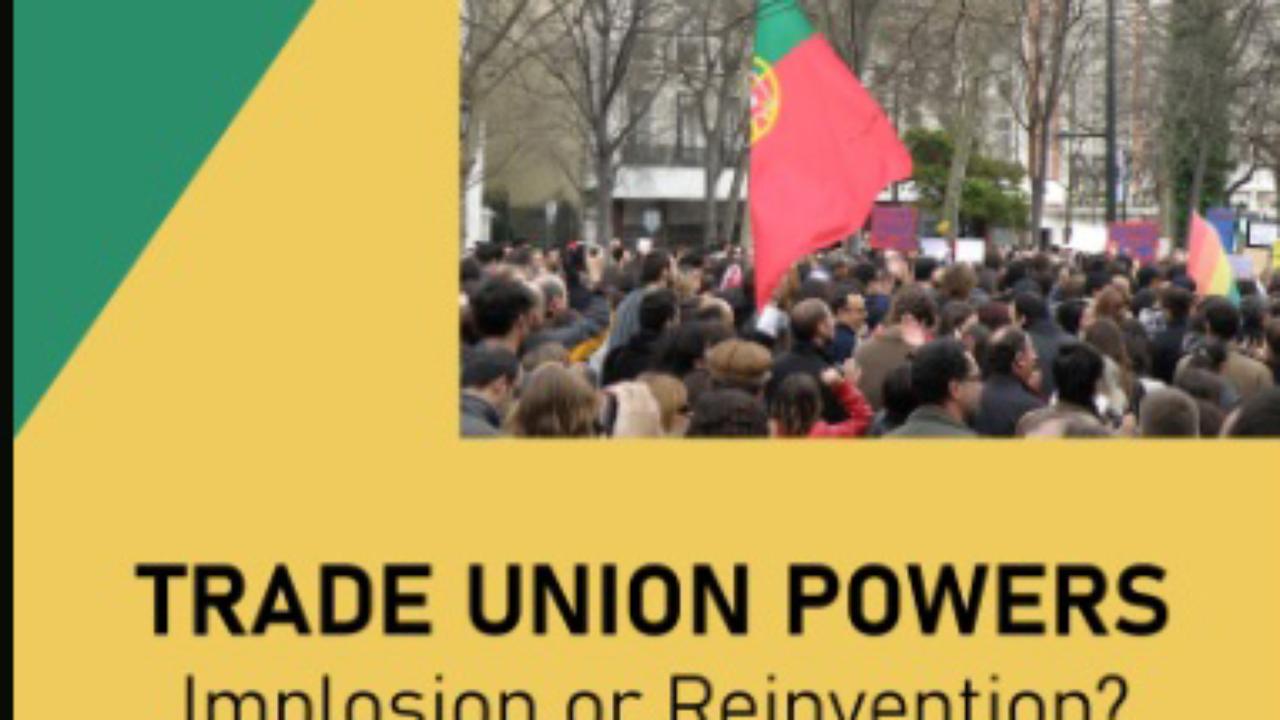 This book analyses trade unions’ capacities of resistance following the period of austerity and “bailout crisis” in Portugal (2011-2015). Considering the destructive impacts of those policies on the working class and their unions, it explores three case studies in three productive sectors: the metal sector (Autoeuropa/VW); the telecommunications sector (PT-Telecom/Altice); and the transport sector (TAP – Air Portugal). In order to gather empirical information, the study uses qualitative methods, such as in-depth interviews and focus groups.

The book shows that social dumping, brutal unemployment growth, increasing poverty levels, spreading precariousness, wage cuts and labour rights suppression were some of the consequences of this period on the working class and trade unions. Drawing on the “power resources” theoretical approach, it shows how trade unions were able to react and “reinvent” themselves in terms of certain forms of power, while others “imploded” or were relegated to a marginal role.

Elísio Estanque is a sociologist and Professor at the Faculty of Economics and Researcher at the Centre for Social Studies of the University of Coimbra, Portugal, and also co-coordinator of the PhD Program on “Labour Relations, Social Inequalities and Trade Unionism”. His fields and publications focuses on inequalities and social movements; social classes; labour relations and unionism; and youth culture and social movements. He was a Visiting Scholar at the Friedrich-Schiller-Universität Jena, Germany (2019-2020).

Hermes Augusto Costa is a Professor at the Faculty of Economics and Researcher at the Centre for Social Studies at the University of Coimbra, Portugal, where he is also co-coordinator of the PhD Program on “Labour Relations, Social Inequalities and Trade Unionism”. He as published many books, book chapters and articles on the issues of labour relations, trade unionism and European Works Councils.

Dora Fonseca received her PhD in Sociology with the thesis “Social movements and trade unionism in times of crisis. The Portuguese case: alliances or latent tensions?” from the Faculty of Economics of the University of Coimbra, Portugal. She is currently a Researcher at the Centre for Social Studies at the same institution, and her research interests are mainly focused on labour studies, trade unionism, collective action and social movements.

Manuel Carvalho da Silva holds a PhD in Sociology and is a former leader of General Confederation of the Portuguese Workers (CGTP). He is currently the Chairman of Collaborative Laboratory (coLABOR), a large network for research and data on work and social policies. His main research fields are labour relations, trade unionism and social policies, areas on which he has published several books and papers. His publications include Vencer o Medo - Ideias Para Portugal (2012) and Trabalho e Políticas de Emprego (2017).