University of Coimbra: the best place to learn Portuguese

The Portuguese language was born and consolidated in the Coimbra region. During several centuries, the University of Coimbra was the only Portuguese language university in the world, being responsible for the education and training of many generations of politicians, writers and other intellectual prominent figures of the Portuguese-speaking countries.

This history left lasting traces in the university, in its library, archive and museum collections, and it shaped the city, the academic culture and the traditions, which have been kept alive by the academic community ever since.

In 2013, UC was classified by UNESCO as World Heritage for its role as the centre of production of Portuguese-language literature and thinking in the world over the centuries. 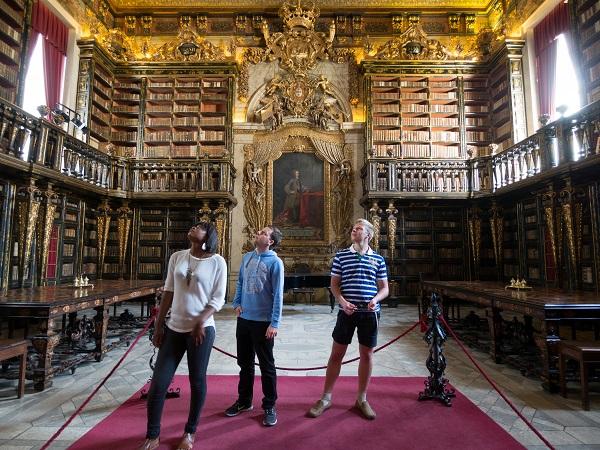 Knowing Portuguese is a valuable asset in today’s globalised world, especially, in the labour market. Each year, more than 600 international students follow Portuguese language and culture courses at UC.

Currently UC hosts around 2500 international students coming from the Portuguese-speaking Countries - CPLP (Angola, Brazil, Cape Verde, Guinea-Bissau, Mozambique, Sao Tome and Principe and East Timor). Their student unions in Coimbra are represented and based in Casa da Lusofonia - International Student Lounge, a meeting point for all international students of UC.

UC has developed the UC Digitalis platform, an online portal with several digital libraries that gather and promote Portuguese-language contents (books, manuscripts, letters, papers, magazines, articles, etc.) in a wide variety of study fields. UC is also on iTunesU, one of the biggest free education content repositories of the world, with contents in Portuguese.

The Faculty of Arts and Humanities of the University of Coimbra is a leading school with 90 years of experience in the teaching of Portuguese language and culture for foreign students in Portugal.