The 13th International Young Researchers Workshop on Geometry, Mechanics and Control  will be held  at the Department of Mathematics, University of Coimbra, Coimbra, Portugal, 6-8 December  2018. 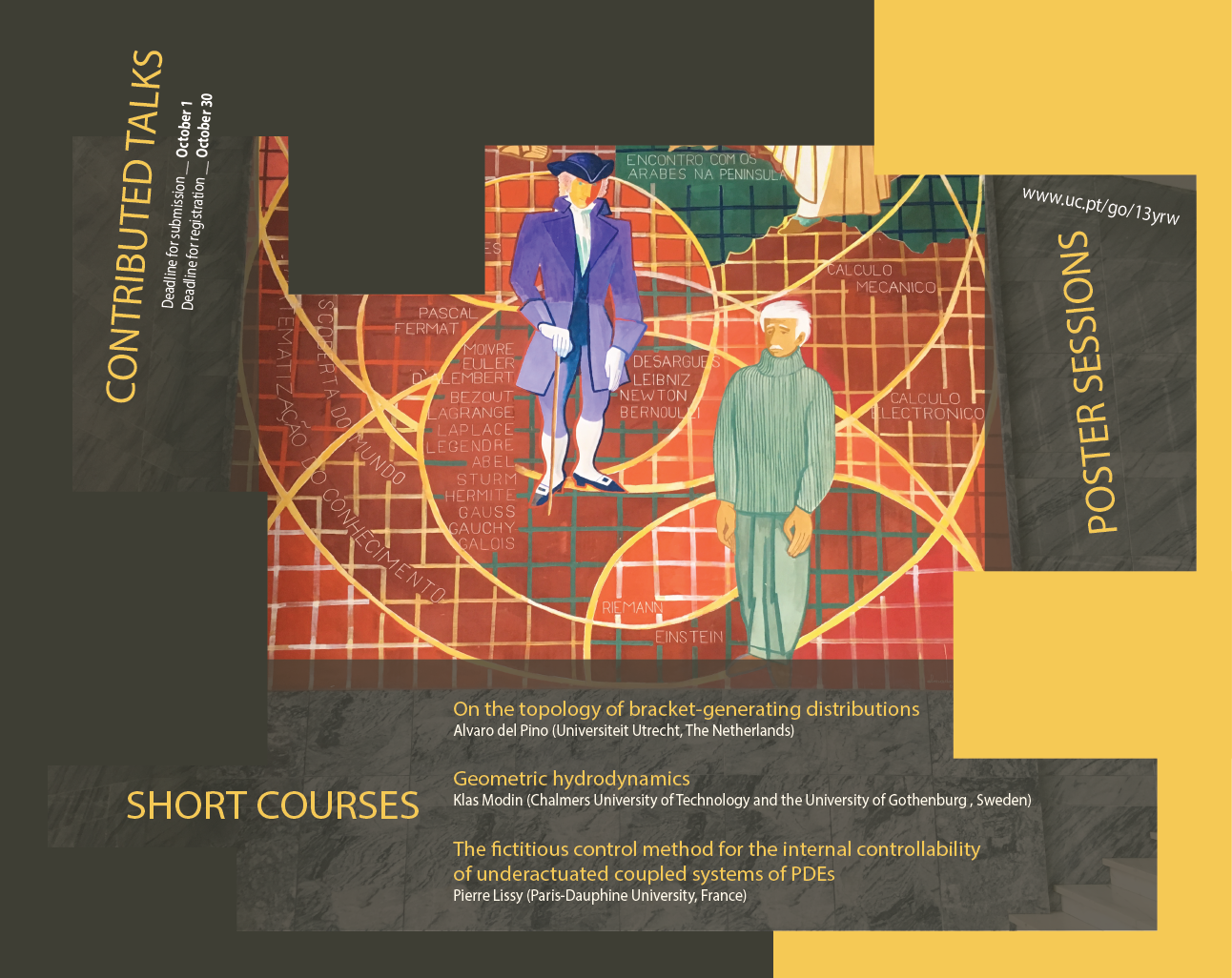 ﻿The core of the workshop consists of 3 mini-courses, of 4 hours each, which serve as an introduction to different topics related to geometric structures in mechanics and control theory. The courses will be at a PhD and postdoctoral level, and it is expected that the young researchers will be, at the end of the workshop, able to access to the recent literature on the corresponding topics.

Along with the courses, there will be contributed short talks (30 minutes) and a poster session. Attendance is, of course, open to anyone, but in particular young researchers (PhD-students, recent PhD's) are encouraged to submit a talk or poster proposal.

The following is a non-exhaustive list of topics that can be covered during the workshop: 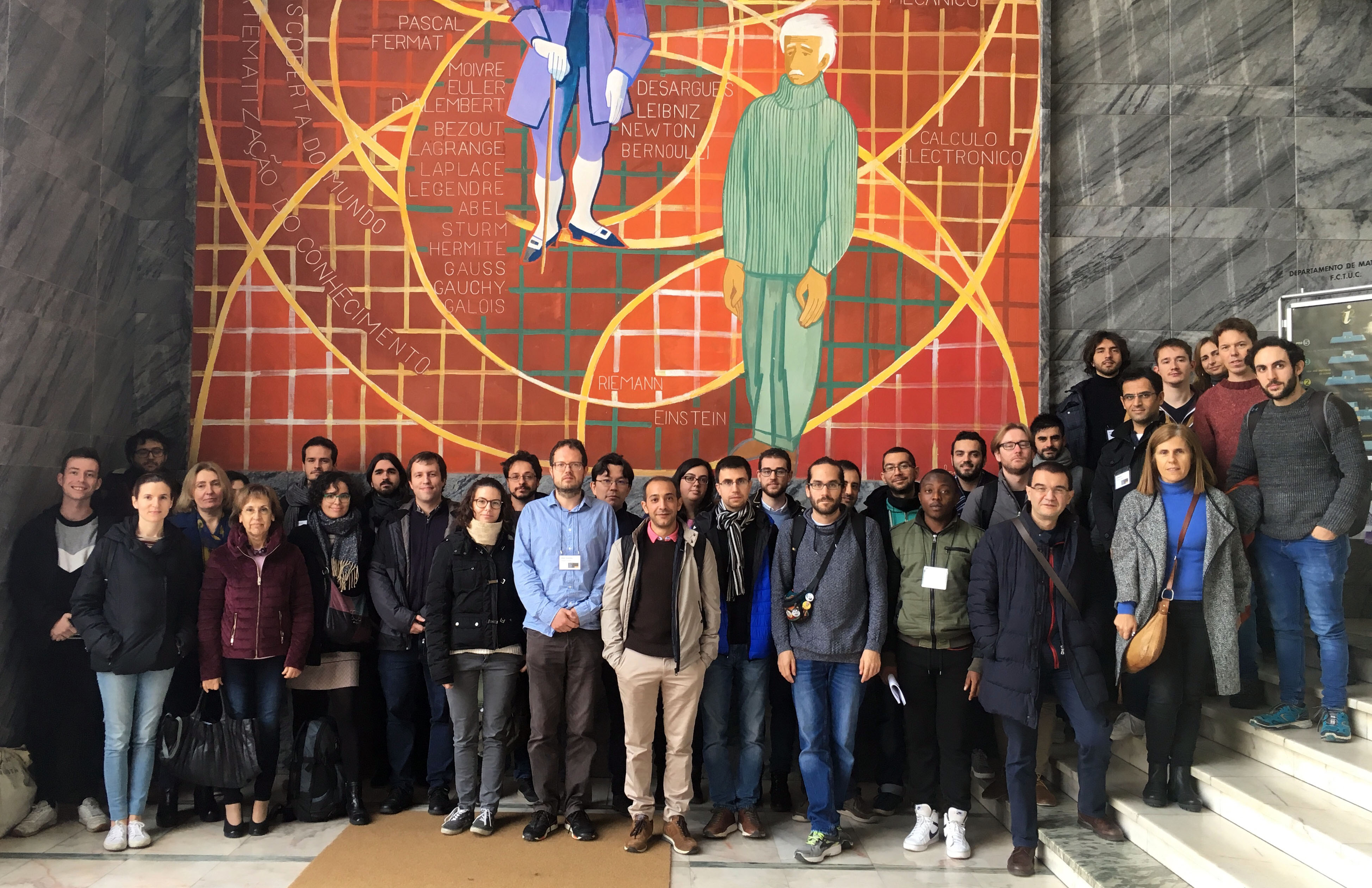