Spiritual states induced by Ayahuasca, and the involvement of the reward system

Ayahuasca is a psychoactive brew used throughout the upper Amazonian Region, in traditional medicine, with strong spirituality inducing power, which has been traditionally used by rain forest populations during religious ceremonies. The term Ayahuasca is a Quechua compound word meaning, “vine of the (dead) spirits”, which is related with its strong effects on perception, emotions, and thinking.

Usually, Ayahuasca brew is made out of two plants: Banisteriopsis caapi (Spruce ex Griseb.) Morton, a liana of the Malpighiaceae family and Psychotria viridis Ruiz & Pav., a shrub of the Rubiaceae family.

The effects of Ayahuasca can be divided into biochemical, physiologic, psychological, and transcendent categories. Visual imagery readily occurs while the individual is awake but the eyes are closed. A strong sensation of pleasure emerges concomitantly with intensified emotional reactions. The lingering state of well-being can persist even after perceptual, cognitive, and affective effects dissipate.

Ayahuasca users often report experiences of “transcendency” which includes visions of a spiritual reality, an altered sense of space and time, increased sense of intuition insights, out of body experiences, and feelings of uniqueness, merged with a dissolution of boundaries between one’s self and others.

In this project we aim to address, using physiological tests and functional and molecular brain imaging techniques, the role of the visual and reward systems during the three phases of the experience produced by Ayahuasca. The first phase involves vivid visual imagery that may include geometric designs, lights, animals, scenes from nature, and other imagery contents that may shift or move. The second phase is said to consist of contact with the spirit world. The third phase involves a fading of visions, a decrease in dizziness, and a state of physical lassitude.

Spiritual practices gives people a rewarding sensation with themselves and a sense of transcendence. Ayahuasca consumers experience enhanced perception and spirituality that remains over time. We propose to explore the involvement of the reward system of the brain on Ayahuasca-induced spirituality. 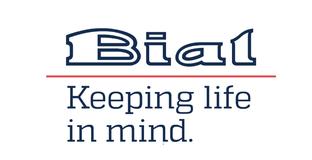