Othering and the Other. Performing Identity in the Roman Empire 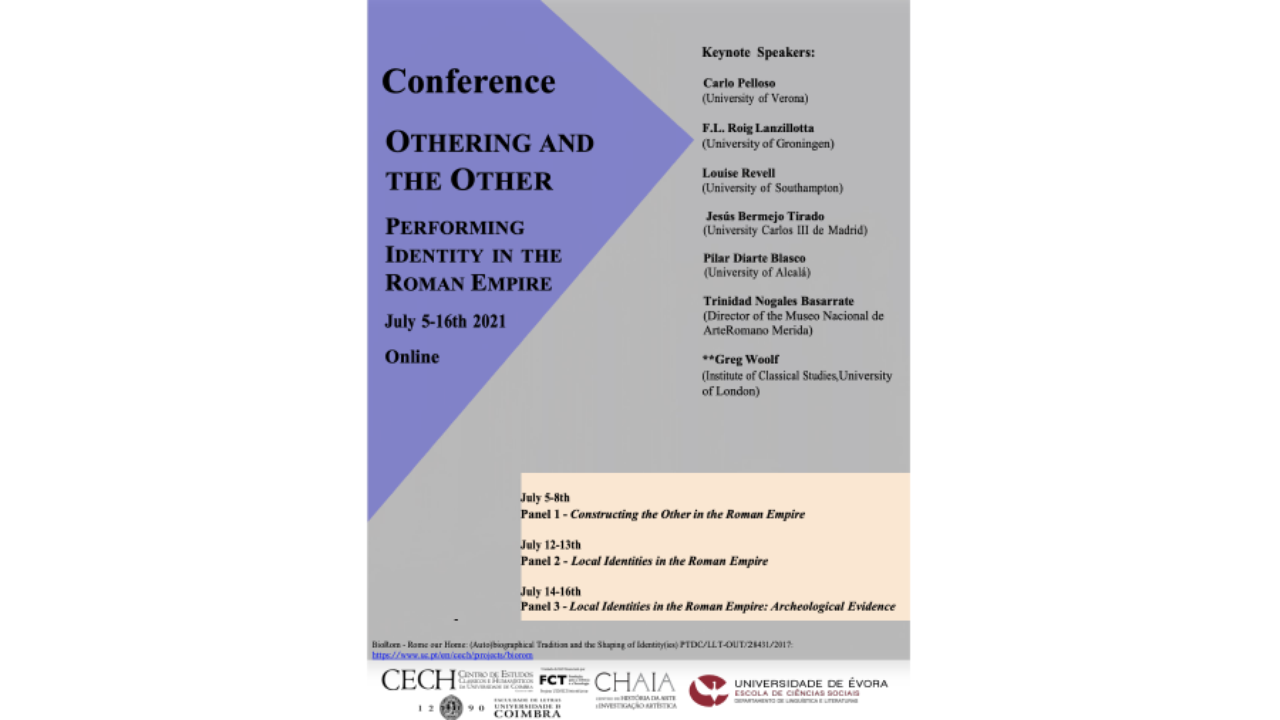 Othering and the Other. Performing Identity in the Roman Empire

Following our previous panels (Coimbra, June 2019; June 2021), this event will focus on Roman narratives about the other. More specifically, it will explore the ways in which narratives of selfhood and the perceptions of others in different intellectual spheres (literary, historical, legal, epigraphic), material cultures (e.g. archaeology, numismatics) and contexts (e.g. urban, non-urban, provincial) were constructed in the Roman Empire. Possible questions addressed in contributions will include (but are not limited to):

The conference is composed of three main panels:

Panel 1: Constructing the Other in the Roman Empire (5-8th July)

Please note that all sessions are scheduled to take place only in the afternoon.

Registration is free of charge and you can register HERE at any time during the conference.

However, we advise that you register at least two hours before starting the session you would like to attend in order to guarantee that you receive your ZOOM link on time.

After the registration, you will receive confirmation and the Zoom link within two hours.

If you have any questions or an ‘online emergency’, please contact: bioromconference2020@gmail.com and/or chaia@uevora.pt.

Classical Roman Law: Being Other and Accepting Otherness

The Specular Self: Mirrors and the Self as Other in the Greco-Roman World

Straight Outta the Farm: The Social Analysis of Peasant Communities in the Roman Provincial World

Defining Post-Roman identities in Hispania: controversy between texts and the archaeological record

The Classical Barbarian. A discontinuous history