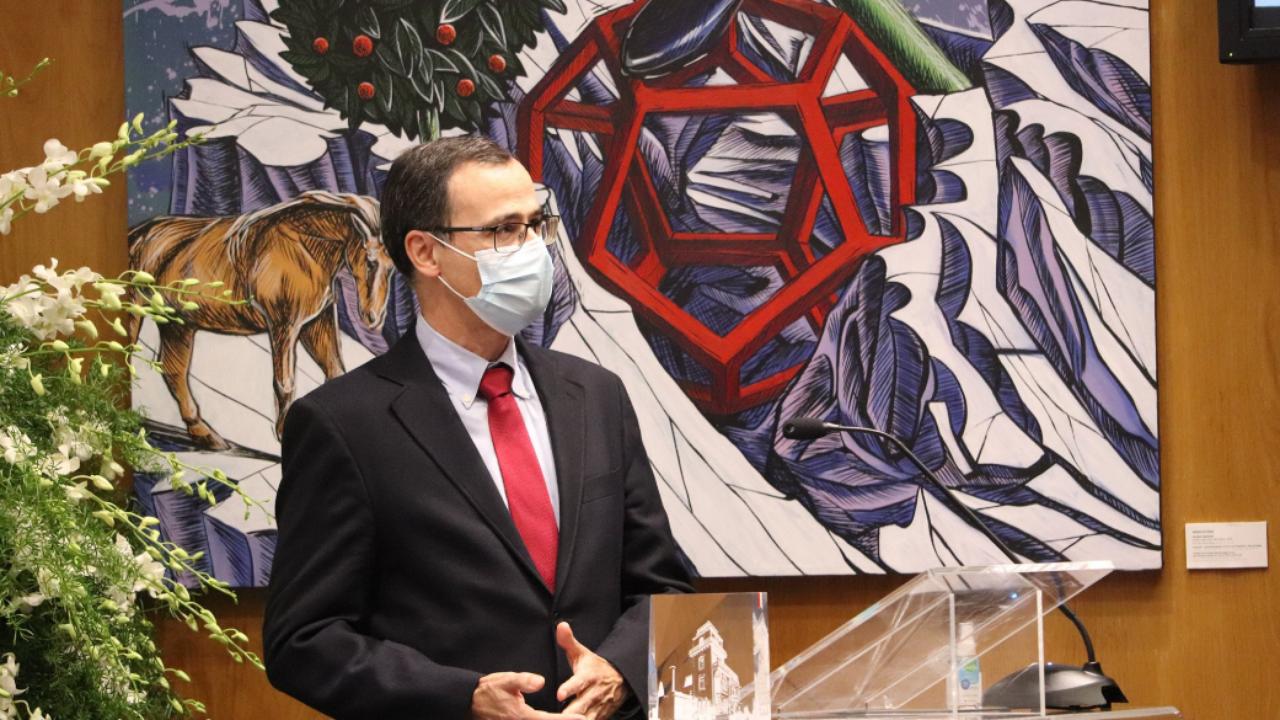 The FEUC Science Award is intended to recognize the work of a professor from the Faculty of Economics of the University of Coimbra who is worthy of mention for his research.

The FEUC Science 2020 award was given to Luís Dias, Full Professor at FEUC, for the remarkable diversity and quality of scientific production published in 2020, in journals with a high impact factor ISI-Web of Science and a high ABS rating, with particular emphasis on the ABS 4 level of Elsevier's European Journal of Operational Research, where he not only published an article as lead author, but was distinguished as “2020 editors' awards for excellence in reviewing”.

Also noteworthy is the participation of Luís Dias in research groups of great international relevance, composed of researchers from the universities of British Columbia (Canada), Surrey (United Kingdom), Vienna (Austria), Paraná (Brazil) and the Massachusetts Institute of Technology (MIT) (USA), and participation, as a researcher, in an H2020 project and in an Exploratory Research project under the MIT Portugal Program.